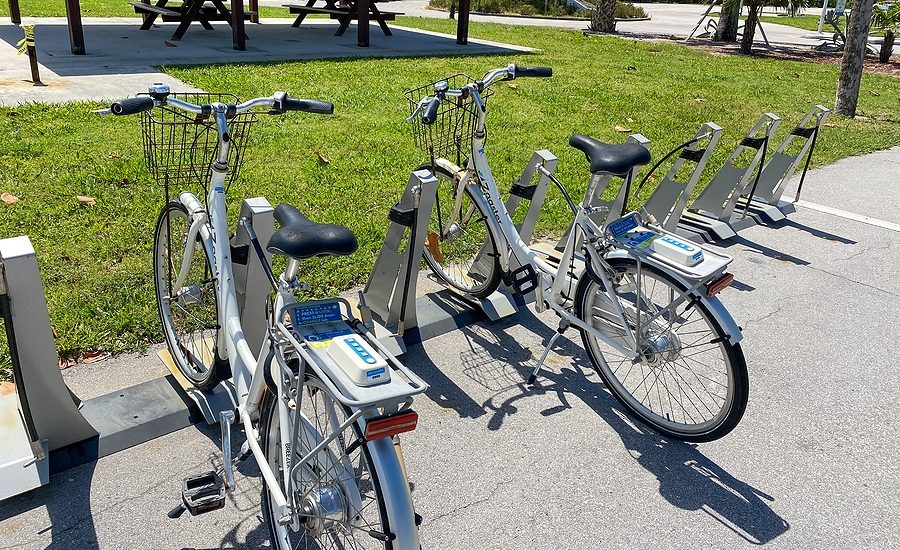 Factors to Consider Before Settling Your Florida Bicycle Accident Claim

Florida is obviously a beautiful state in which to ride a bicycle. Unfortunately, it’s also the most dangerous. Far too many bike enthusiasts are seriously injured, or even killed, simply doing what they love – through no fault of their own. When a cyclist is hurt, insurance companies will often try to settle as quickly as they can. They often make ridiculous offers that won’t come close to paying for injury-related damages, such as medical expenses, lost wages, pain and suffering, and others.

The bicycle accident attorneys with the Jones Law Group would like to give you some things to think about before you decide to accept an insurance company settlement. We would love the chance to represent you, and to make sure you have the best possible chance of obtaining the compensation you truly deserve. If you would like to schedule a consultation, please give us a call at (727) 571-1333 or contact us online.

Have You Fully Recovered from Your Bicycle Accident Injuries?

You might have followed all of the safety laws that involve riding a bicycle in Florida. You wore all of the right protective gear, and you did everything you were supposed to do. However, a negligent motorist still struck your bike, leaving you with severe injuries.

Are you getting worried because your medical bills are stacking up, and you’ve lost so much money because you haven’t been able to work that you never think you’ll make it up? Insurance companies are notorious for preying on people in your exact situation.

If you are still receiving medical treatment, that probably means you haven’t recovered from the injuries you’ve suffered. An insurer will pounce on this opportunity to offer you a low-ball settlement while you’re at your most vulnerable. Accepting this settlement will be a serious mistake – one of the worst you’ll ever make

Why is this the case? That settlement won’t come close to paying for any further treatment you may need. If you accept it, you won’t be able to ask for any more money. That will be it. You have no idea what it will cost to get you back to normal – and you’ll be responsible for paying those costs.

As hard as it may seem, you can’t be in a hurry to settle with an insurance company. Doing so could subject you to financial misery that could last for years. Having an experienced attorney by your side will help keep you from making that mistake. Your attorney will work passionately to negotiate an equitable settlement on your behalf.

How Much Has the Accident Impacted Your Daily Life?

Bicycle accidents happen for a lot of reasons. Regardless of why your accident occurred, there’s a chance that you suffered a catastrophic injury. It could have been a severe head injury, or a spinal cord injury that has robbed you of the quality of life you once enjoyed.

This is yet another reason to hire an attorney as soon as you can. You will very likely be entitled to damages other than medical bills and lost wages. You could obtain more compensation because your quality of life has been permanently impacted. As a result, you might not be able to enjoy your favorite activities. There’s also the possibility you’re having to deal with anxiety, depression or other mental issues.

Your attorney will be able to place a dollar amount on your pain and suffering, working to make sure you receive each and every dollar to which you’re entitled. A legal representative can make those responsible for your suffering pay dearly for their negligence.

Have You Made Any Statements That May Have Hurt Your Case?

Insurance companies make it a priority to pay as little as possible to accident victims. That applies to your case as well. Insurers aren’t above using some questionable tactics to reach their objectives.

You might have received a call from an insurance adjuster, who made it seem like they were truly interested in how you were doing. What that adjuster was really trying to do was trick you into saying something that could damage your case. They may have phrased questions in a way that made it look like you really aren’t as seriously injured as you’re claiming to be, or tried to get you to say the accident was your fault.

Long story short, an insurance adjuster isn’t your friend, and really doesn’t care how badly you’re hurt. The only loyalty that an adjuster has is to his or her employer – the insurance company. That professional will do everything possible to trick you into making a mistake.

If you haven’t talked to an adjuster, please don’t. Contact an attorney instead. At The Jones Law Group, we’ll shield you from the harassment and tactics insurers will use in an effort to deny you the compensation you deserve.

Also, don’t post anything on social media about your accident – don’t even go into details with any friends or family members. Insurance companies have a long reach. They won’t hesitate to use your social media feeds, or even conversations with the people you love, in an effort to damage your case beyond repair.

Contact an Attorney Before Settling Your Bicycle Accident Claim

We can’t overstate how important it will be to hire a skilled attorney as quickly as you can. The faster you do so, the faster your attorney can get to work organizing your injury claim so it will be as successful as possible. The attorneys with The Jones Law Group know how to gather the evidence needed in order to convince an insurance company to make a fair settlement offer.

Most of the time, insurers will do just that. They’d rather pay more in a settlement than take us on in a court of law. However, there are some insurance companies that will refuse to make a fair offer. When that happens, we’re more than ready to convince a jury that our client deserves the money we’re demanding from the insurer.

How Much Are Typical Car Accident Settlement

Why is a Car Accident Witness so

How Much Are Typical Car Accident Settlement